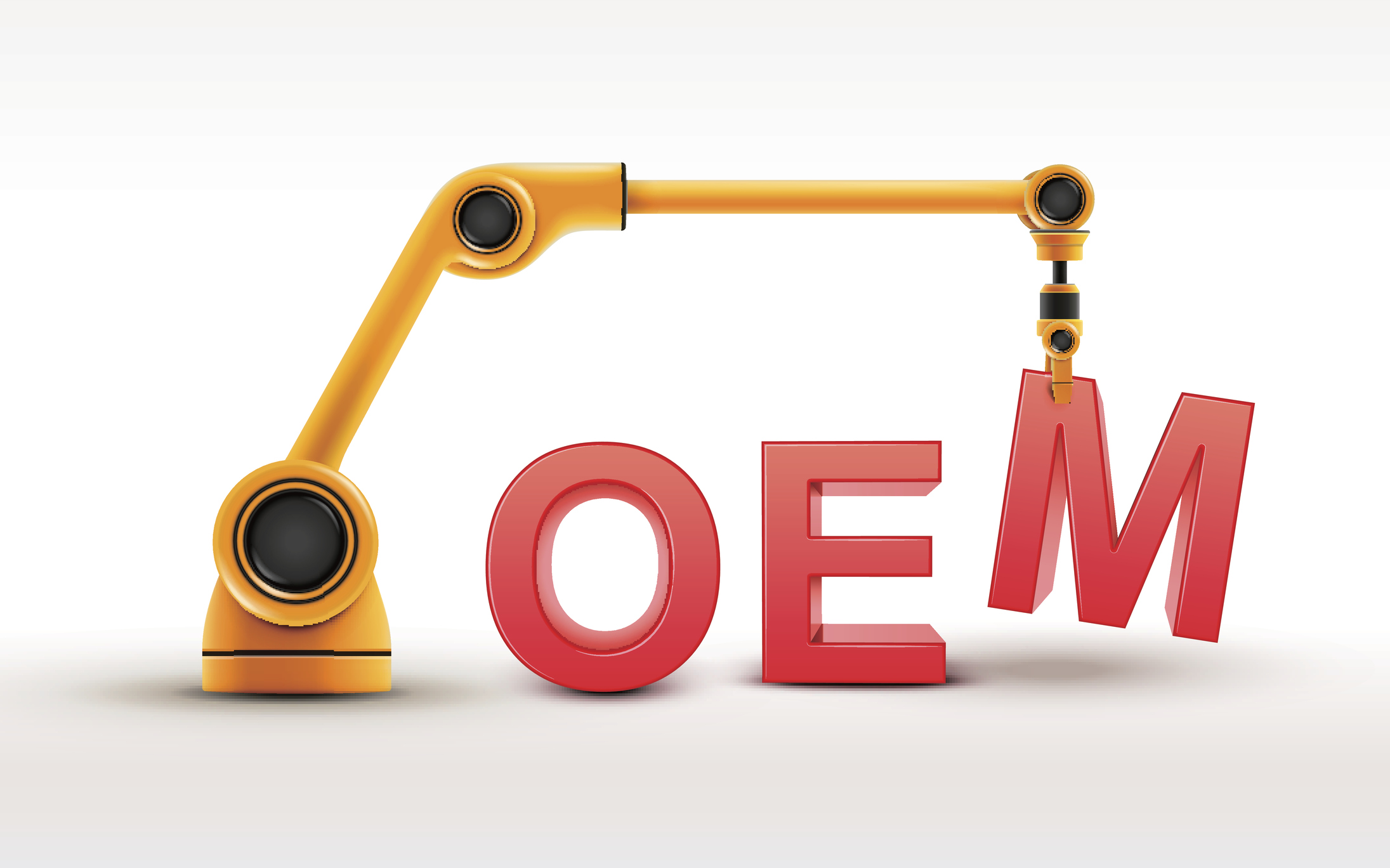 In a traditional sense, the original equipment manufacturer, or OEM, is a broad term used to describe the web of relationships that go into manufacturing. It’s a company whose goods are used as components in the products of another company, which then sells the finished item to users. The company purchasing from the OEM is called the value-added reseller (VAR) because they augment their product with the goods from the OEM to add value to the original item. Both the VAR and OEM have to work closely together.

The most common example everyone is familiar with is cars. In the automotive industry, the OEM is the original producer of a vehicle’s components. When a part breaks or fails, for example the radiator or the alternator, the owner has two options: OEM or aftermarket. An OEM part will be identical to the original part and made by the vehicle’s VAR’s preferred OEM. As original suppliers, many OEM’s have their products sold by branded car dealerships and available through the automaker directly. OEM products will be endorsed and recommended by the auto VAR with one downside being that they are often significantly more expensive than aftermarket parts made by non-endorsed manufacturers.

In simpler terms, parts such as the exhaust systems or brakes are made by a variety of manufacturers (the OEM), sold to the automaker (the VAR), then assembled into a car (the product). In this definition, OEM refers to the company that sells a component to a VAR.

With the rise of computer and software product, OEM has a new meaning.  In this case, OEM refers to the company that buys products before incorporating or rebranding them into a new product under their own name. For example, Dell receives their Windows software from Microsoft, integrates that software into its computers, then sells a complete, working computer to the public. Following the traditional definition, Windows is the OEM and Dell is the VAR. However, user guides are more than likely going to reference customers to Dell as the OEM.

For the computer industry, the relationship is slightly different. In this definition, the VAR acquires a product from the OEM.

Over time, as companies like Dell, Hewlett Packard and IBM, started to accept branded parts from outside their own organizations, the relationship between an OEM and a VAR needed to shift. So, OEM came to refer to companies that rebrand or openly use other manufacturers products for resale. Most of this had to do with who was responsible for issuing warranties, customer support and other services consumers may need.

This change also reflected a shift in the manufacturing dynamics. For example, Lenovo uses AMD chips and Intel for their computer processors in all their computers. Since both AMD and Intel are brand names (rather than no-name chips), this adds value to Lenovo’s computers. Lenovo advertises that they use Intel and AMD in their marketing materials, which suggest both processors manufacturers and Lenovo are equal partners in the design as opposed to Lenovo telling Intel and AMD what to do.

All of this makes Lenovo the OEM in the minds of the suppliers and the public’s mind– which makes sense, the hardware and software package is viewed as a “Lenovo computer”.

No matter how the definition shifts, one thing remains the same: OEMs and VARs work closely together. OEMs will make the sub-assembly parts, sell them to the VAR, and then the VAR is responsible for building the finished product. Although some OEMs do complete things for their VARs, they usually won’t have a direct role in determining the finished product. Typically, no one integrated part from an OEM is recognized as playing an overly significant part in the finished product, it all goes under the VARs name.

OEMs will usually focus on business-to-business (B2B) sales, while VARs market more to the public or other end users. But, now, an large number of OEMs are selling their parts and services directly to the public, making them a VAR. This is especially common in the tech industry where people who are building their own computers can but graphics cards directly from Nvidia, processors from Intel or other retailers who stock those parts. People who work on their own cars now have access to the manufacturer who makes the OEM parts rather than going through the automaker.

The relationship between OEMs and VARs can be confusing– especially when it’s broken down by industry.

At Alotech, we partner with you to find creative ways to help you navigate the manufacturing world. Because we work with inventors with a range of products and needs, we have the resources and knowledge to help you be successful. Contact us today by calling 919-842-3599, or visit our contact page and fill out the form.